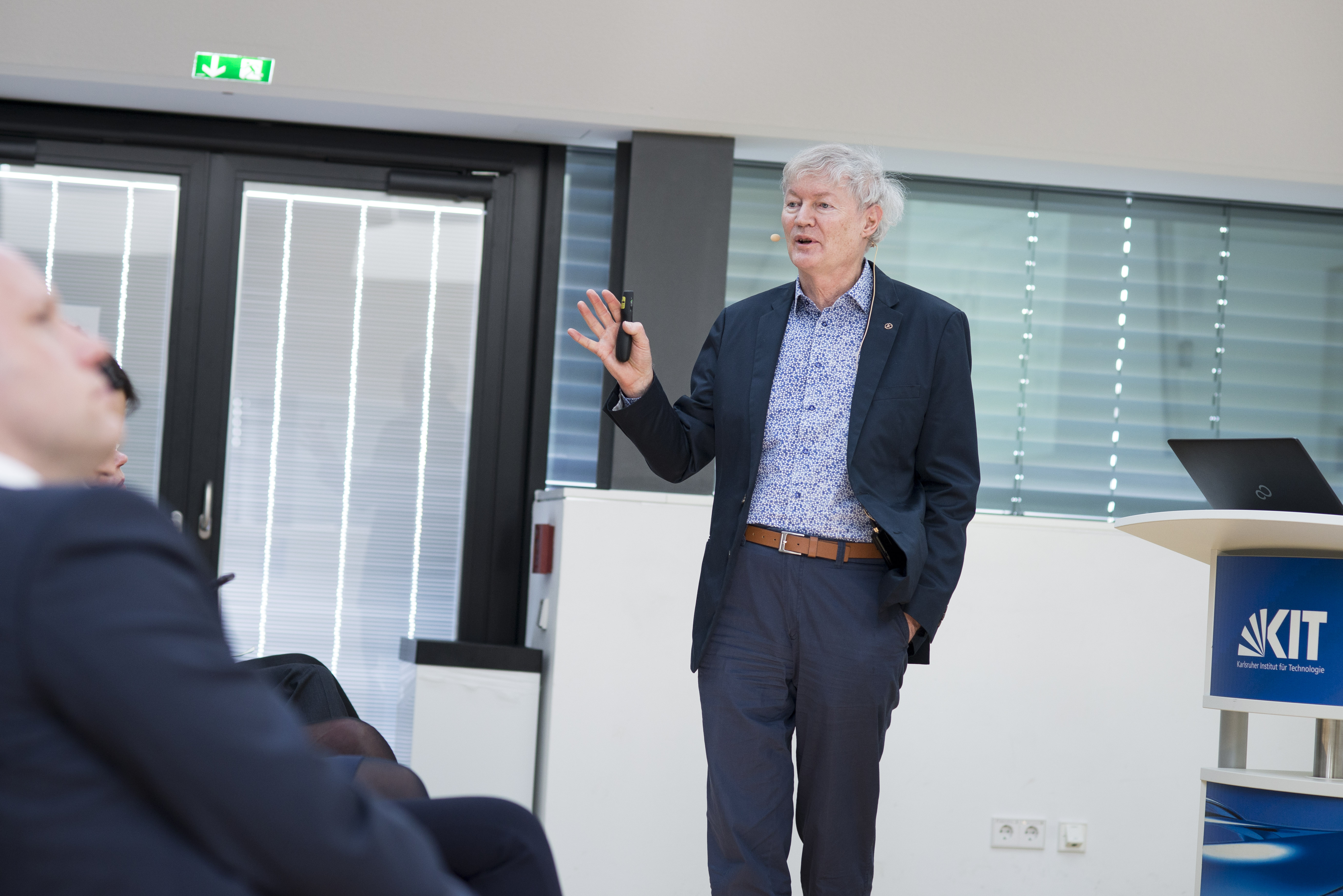 The Director Laboratory of Photonics and Interfaces at École Polytechnique Fédérale in Lausanne gave a lecture at KIT on "Light and Energy – Mesoscopic Photosystems for the Generation of Electricity and Fuels from Sunlight".

Michael Graetzel is one of developers of the so-called Graetzel cell operating on the principles of photosynthesis – the process similar to biochemical one and used by plants for light energy conversion into carbohydrates. The invention developed by the scientist since the 1970ies represents a profitable alternative to expensive and sophisticated technologies of photovoltaic arrays produced on the basis of silicon (in particular, the latter require expensive silicon of high purity). Compared to silicon-based batteries the Graetzel cells are rather simple and manufactured of low cost materials.

First Graetzel cells discovered in 1991 were based upon porous layer of nanoparticles of titanium oxide covered with organic dye. Electrons from organic dye, able to efficiently adsorb solar radiation, migrate into conductive electrode made of titan dioxide and generate the electric flux.

Michael Graetzel is an ultimate leader in the field of materials for solar power industry and continues his works on development of photovoltaics all over the world.

Several companies have already launched mass production of photocells based upon renewed Graetzel cells. Prof. Graetzel is the author of more than 1300 publications and two monographs, he holds more than 50 patents. He is one of the three globally most cited chemistry academicians.

The lecture was transmitted live to numerous universities via youtube livestream.