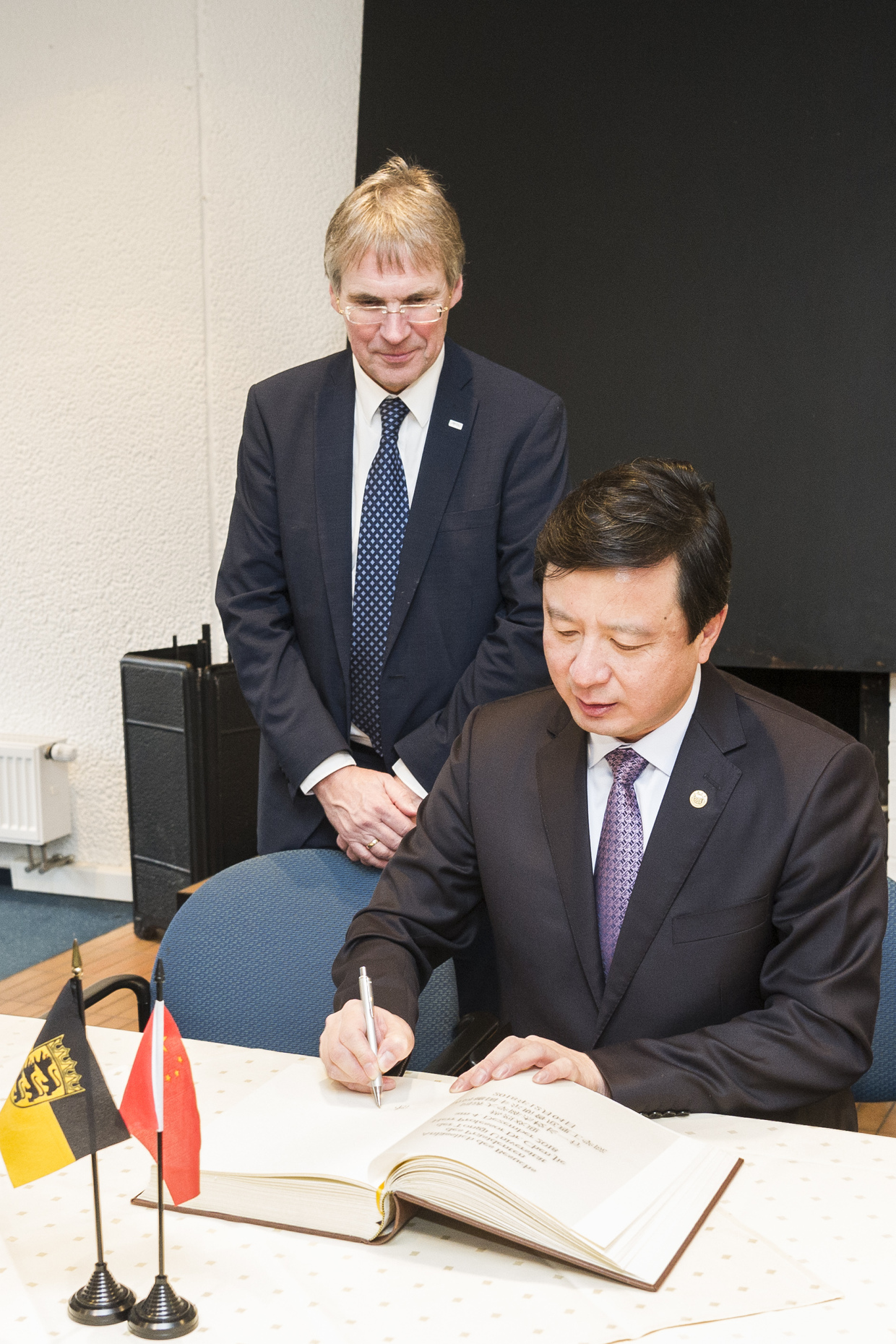 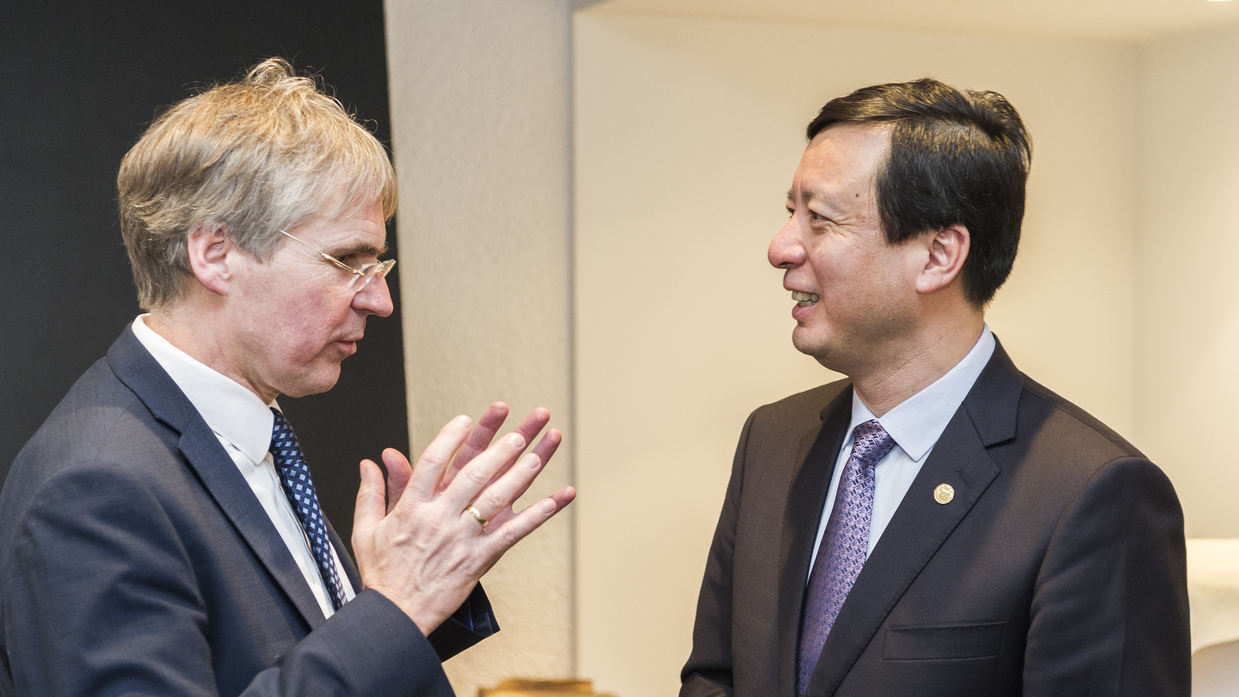 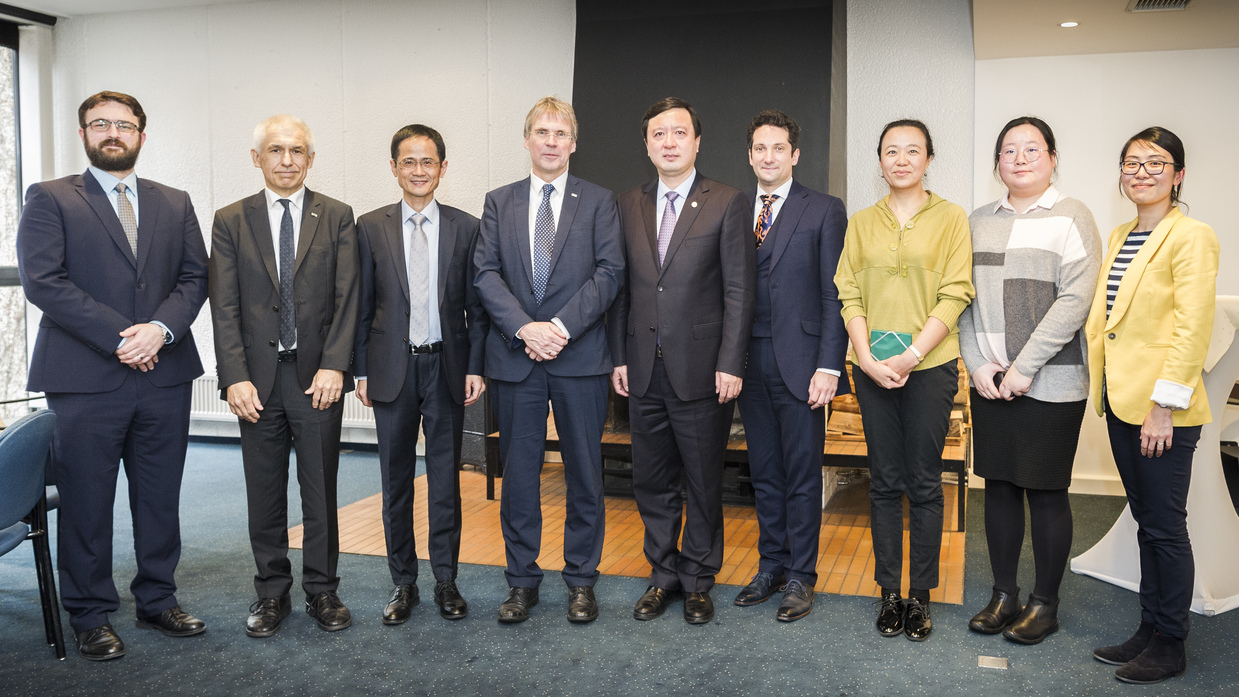 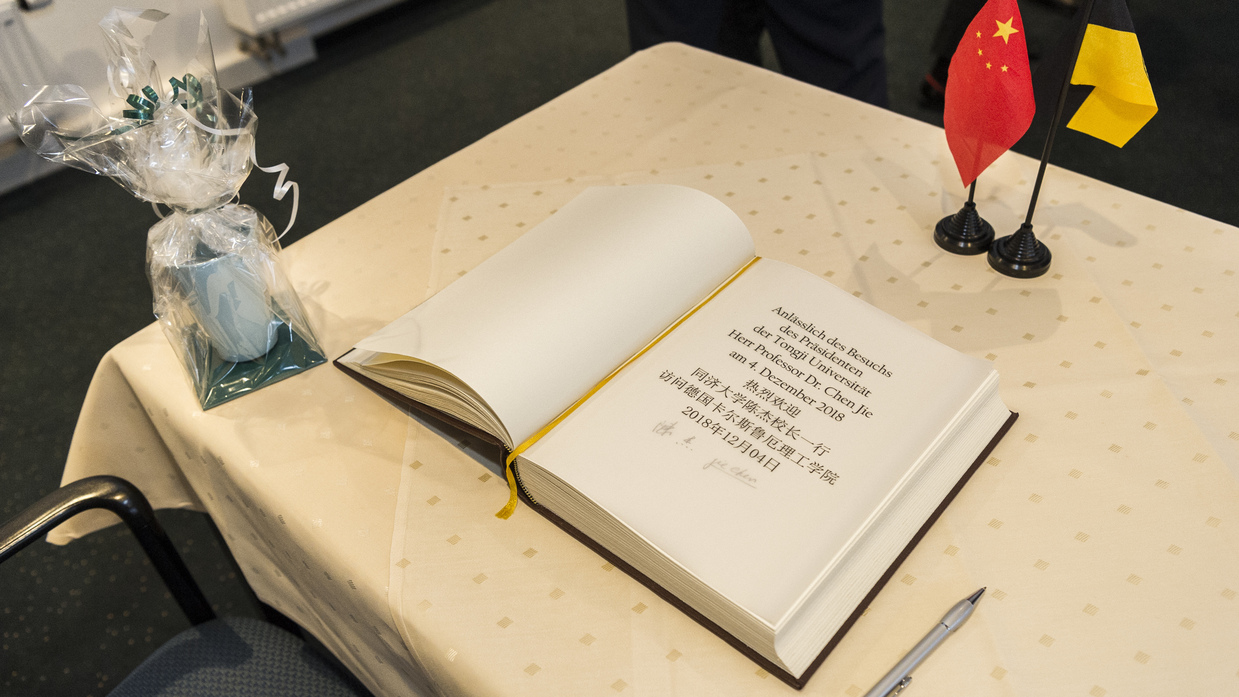 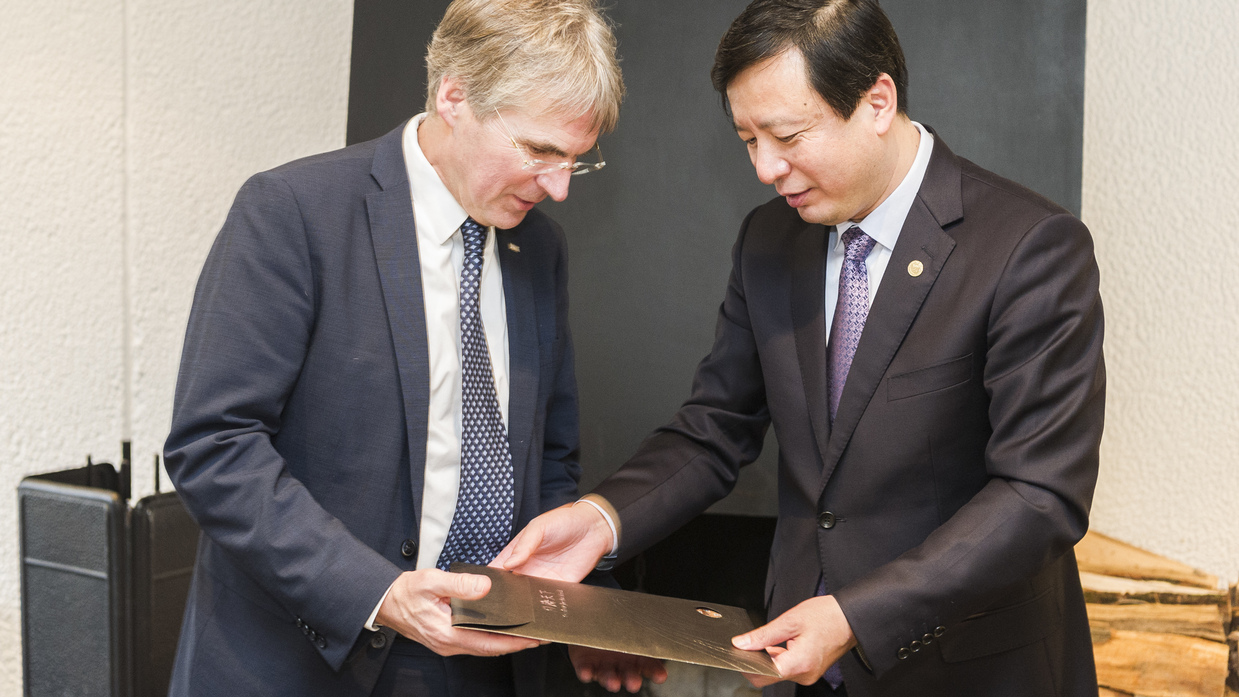 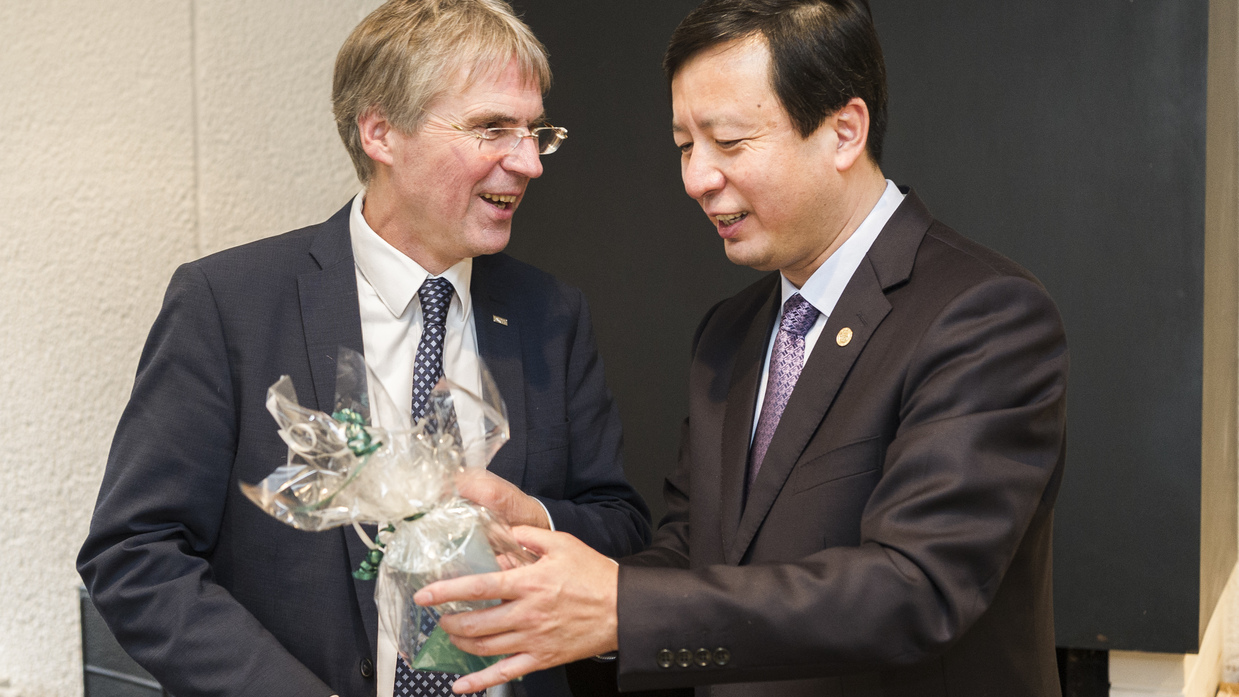 Since July, Professor Chen Jie is the President of Tongji University in Shanghai. His first visit abroad took him to KIT in Karlsruhe, where he was received by Professor Holger Hanselka, President of KIT.

The visit was also a sign of the importance Tongji University attaches to its strategic partnership with KIT. It has been existing for many years and continues to evolve. Only in the summer of this year, the two institutions have agreed to start a joint research project for hydrogen propulsion.

In addition to the coordination and planning discussions for the further development of the strategic partnership, a joint lunch and an official reception with signature in the guest book were also part of the program. President Chen Jie also learned about the work of the Institute for Production Technology (wbk) and Information Processing Technology (ITIV).